Loneliness can hit anyone. Being young does not guarantee having friends. An adult, who interacts all day with other people for work, may also feel alone with no one to lean on. However, it seems to be a greater threat among seniors.

One study found that more than one-fourth of all seniors aged 45 and above in the United States are considered to be in social isolation. This puts them at a higher risk of developing dementia and other medical conditions in their later years.

There are many causes of loneliness among seniors. The death of a partner, for example, makes the spouse left behind feeling isolated, especially if they live alone at home. An illness or a medication that affects their ability to comfortably go outdoors also prevents them from interacting with other people. Moreover, their families are often busy and can only visit during holidays.

A solution to the problem is providing seniors access to technology. Devices can aid seniors to live a happier and more fulfilled existence.

Teaching Seniors How to Use a Gadget

Older folks notoriously avoid new technology. They refuse to learn it because it makes them feel intimidated, or they do not fully understand it.

However, as gadgets become increasingly integral in every person’s life, more and more seniors are using electronic devices. In one report, four in 10 seniors now own a smartphone. About 80% of those over the age of 65 have a cellular phone of some kind.

These statistics only mean that more and more seniors are receptive to new technology. They try to learn how to use mobile devices even if it is an item that they have not used before. Unlike Millennials and members of Generation Z, seniors did not grow up with these devices. 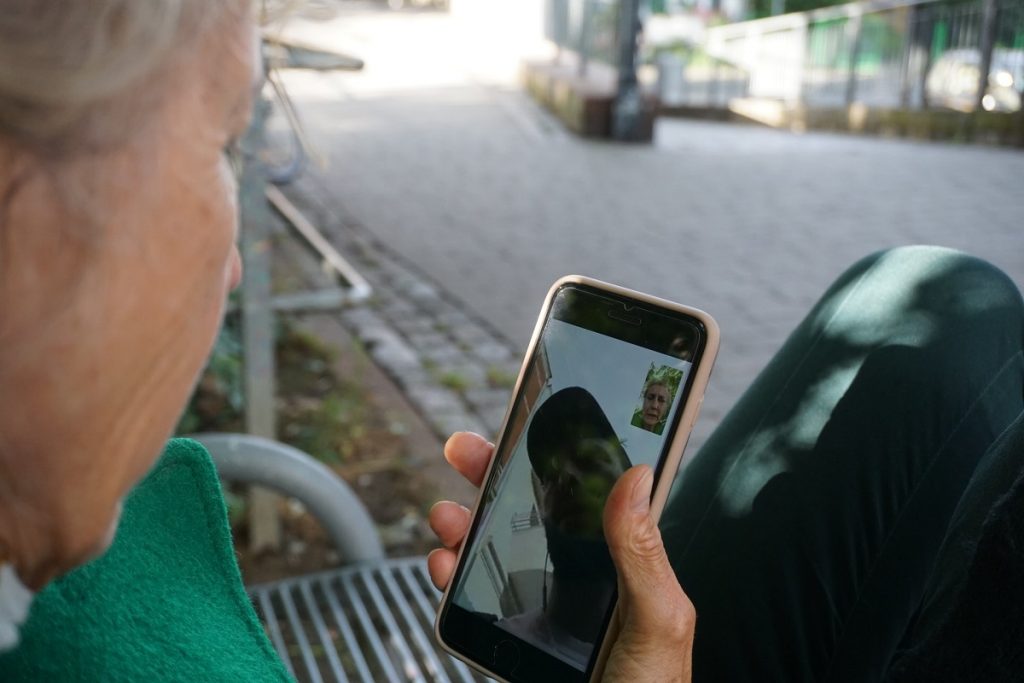 Younger people use their devices to communicate with one another. Smartphones have replaced letters and telephones as the primary way to reach out to someone else. With a few taps of a screen, it allows people to send a message to their loved ones. Smartphones also enable video calls which provide alternatives for in-person visits.

The mental health of seniors will be improved if they own a smartphone or a mini PC. A mini PC is a simple device that is inexpensive, consumes less power, simple, and is easy to use. They are great for email and chatting, browsing the web, and using Microsoft Office. It can feel a little outdated, but if you get the best mini PC on the market, it will be a no-fuss device that can make sure that grandma or grandpa can maintain communication with the rest of the family.

A study conducted by UnitedHealthcare back in 2012 found that being socially engaged is important to the health of centenarians, almost as much as genetics and maintaining good physical condition.

Young generations were unhappy when their parents and, eventually, grandparents joined Facebook. Suddenly, the social media platform was no longer “cool.” They all migrated to other sites, but older adults are still using Facebook.

It turns out, being on social media has positive effects on the mental health of seniors.

Previous research found that the perceived loneliness and isolation of people aged 65 and above dropped when they joined social media. This does not come as a surprise. Despite the scandals on privacy and disinformation not just on Facebook but also Twitter, Instagram, Pinterest, Reddit, and TikTok, social media platforms were created to connect people. In the absence of real-world interactions, seniors can maintain a closer bond with their family and friends or even strangers on the internet.

More Than Health and Safety

Technology aimed at seniors is usually designed to monitor their health and safety. Because of age, older folks are more prone to diseases and injuries. While nice, seniors want more from their devices. They are also looking to technology for entertainment, not just a reminder for them to take their medication on time.

Seniors want to use their gadgets to stream their favorite movies and television shows, listen to music and podcasts, read books, and maybe play some video games. More than 51 million Americans over the age of 50 are actually self-confessed gamers as of 2019, an increase from just 40 million in 2016.

Loneliness is a serious problem among seniors, but it does not have to be. It can be prevented by teaching them how to use gadgets in order to connect with family and friends as well as access resources to media that they can enjoy any time they feel bored or unhappy.