The police force has been around since the 1800s and has changed considerably over time. The introduction of new technologies is changing it again. Whether you’re a member of the force or someone who’s encountered them in their line of work, read on to learn how these devices are helping to reshape policing as we know it!

One of the most controversial pieces of technology to enter the police force in recent years are body cameras. These small devices attach to an officer’s uniform and record footage of their interactions with the public. While some people argue that these invade an individual’s privacy, there are many benefits to their use.

Body cameras provide a record of an officer’s actions and can be used as evidence in court. They can help improve police transparency and accountability and deter both officers and members of the public from engaging in bad behavior.

Another piece of technology that is helping to change the police force is crime mapping software. This type of software takes data from police reports and incident logs to create visual representations of where and when crimes are happening.

This information can be used to identify crime patterns and target areas for increased patrols or other preventative measures. It can also help officers plan their routes better, as they will know which areas to avoid or pay extra attention to.

License plate readers are devices that can be mounted on police cars or stationary objects like streetlights. These devices use optical character recognition to read the license plates of passing vehicles and store the data in a database.

This information can then be used to track the movements of suspected criminals or missing persons. It can also be used to generate leads in criminal investigations.

Automated license plate recognition (ALPR) is a technology that is similar to license plate readers but with some additional features. ALPR systems can not only read and store license plate data, but they can also run the data against databases of known criminals or wanted persons.

There are several mobile apps that are being developed for use by the police force. These apps can be used for various purposes, such as tracking suspect vehicles, sharing information between officers, and even filing police reports. Some of these apps are still in the development phase, but police forces around the world are already using many. 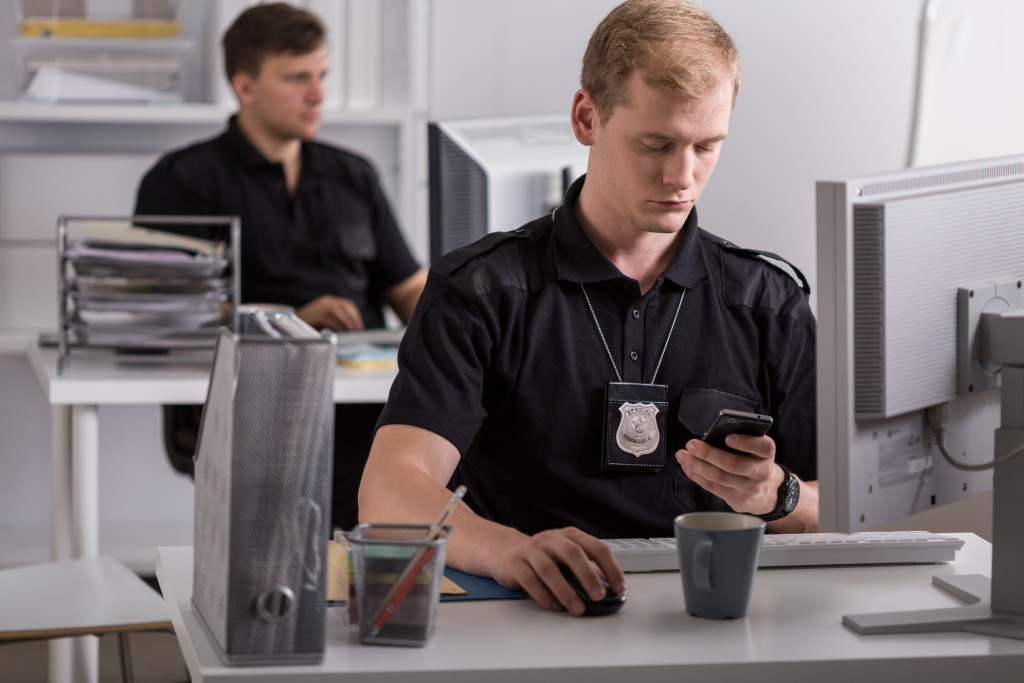 These radios are a vital piece of technology for police officers, as they allow them to communicate with dispatch and other officers while on the job. Satellite handheld radios have been in use by the police force for many years, but new models are constantly being developed with improved features.

In-car computers are another piece of technology that is becoming increasingly common in police cars. These computers give officers access to various information, including criminal records, maps, and even live video feeds from cameras mounted on the vehicle.

Drones are becoming an increasingly popular tool for police forces around the world. They can be used for various purposes, such as surveillance, search and rescue, and even crime scene reconstruction.

3D crime scene printers are a relatively new piece of technology that is starting to be used by police forces. These printers can create three-dimensional replicas of crime scenes, which can be used for training purposes or to help with investigations.

Now let’s discuss the importance of technology in police work!

Importance of Technology in Police Work

One of the primary advantages of technology in police work is that it helps investigate crime. With the help of advanced technologies like DNA analysis and fingerprinting, police officers can now solve crimes that would have otherwise been impossible to solve.

Technology has also helped reduce the amount of paperwork required in police work. In the past, officers would have to fill out paper reports for every incident they responded to. However, with the advent of computer-aided dispatch systems, many of these reports can now be filed electronically.

Technology has also improved the safety of police officers. In the past, officers would often have to put themselves in harm’s way to apprehend criminals. However, using technologies like Tasers and body cameras, officers can now subdue suspects without putting themselves at risk.