Disasters can take many forms, from natural disasters like hurricanes and earthquakes to man-made disasters like terrorist attacks. No matter what the cause, these events can have a devastating impact on those affected. In times of disaster, it is essential that we have access to technologies that can help us survive and recover. Let’s take a look at some of the latest technologies that are helping people during times of disaster!

Fire alarms are an essential part of any disaster response plan. By quickly notifying people of a fire, they can evacuate the building before the fire spreads and causes damage or injury. Fire alarms can be automated, meaning that they will sound when there is a fire, or they can be manually activated by someone who sees the fire.

Panic buttons are a vital piece of technology in businesses, banks, and schools. They provide a way for people to quickly and easily notify authorities of an emergency situation. In businesses, these buttons can be used to alert security personnel of a robbery or other crime in progress. In banks, they can be used to notify police in the event of a bank robbery. And in schools, they can be used to notify authorities of a shooting or other emergency situation.

A mobile panic alarm button is a mobile app that allows people to send an emergency signal to their friends and family during a disaster. The alarm sends a text message with the user’s location and requests help. Compared to the standard button, mobile panic alarms give people more control over when they send an alarm. In the event of a natural disaster, mobile panic alarms can also provide additional information about where help is needed most.

Mobile panic alarm systems vary from app to app, so it’s important to research different mobile panic alarm apps and choose one before a disaster strikes. It might be the difference between life and death.

Early warning systems are systems that provide alerts to people about an impending natural disaster. These systems use sensors to detect changes in the environment, such as seismic activity or changes in air pressure, which indicate that a disaster is imminent. The sensors send a signal to a central station, which then broadcasts an alert through various communication methods, such as mobile apps.

The advantage of early warning systems is that they can provide people with time to seek shelter or safety before a disaster hits. This allows people to take proper safety measures and significantly increases their chances of survival when the time comes. Some early warning systems even include a live broadcast of the situation, meaning that everyone in range receives the same alert at the same time. 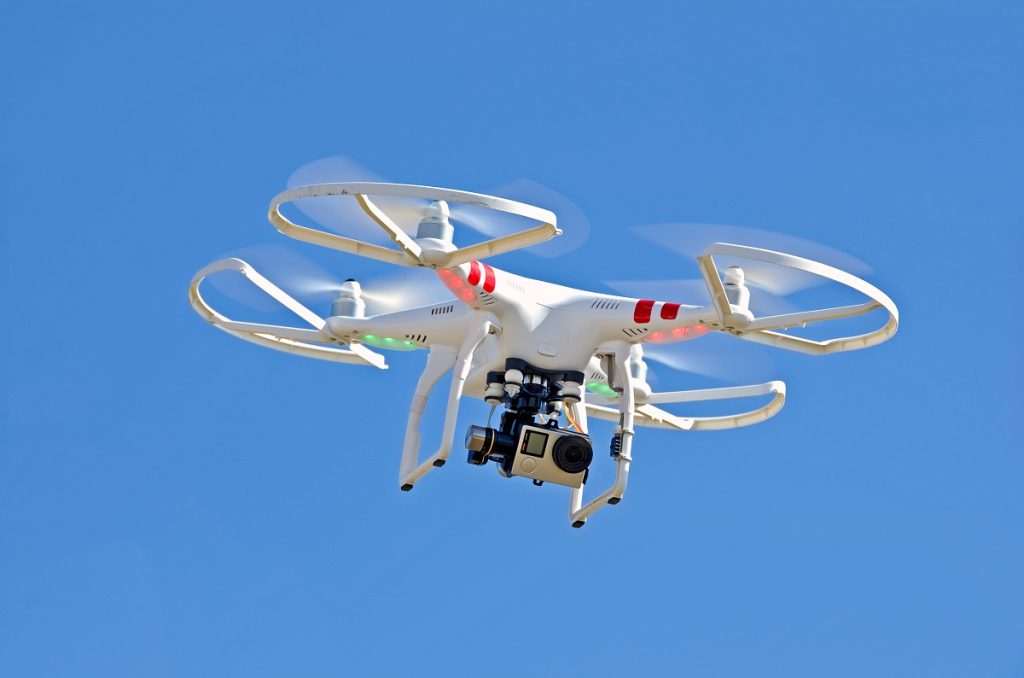 Drones have been used to search for missing persons for a few years now. Search and rescue drones help locate survivors by providing high-resolution images of the aftermath in disaster areas. These drones can fly over large areas quickly, allowing them to locate survivors who may be trapped or injured.

Search and rescue drones typically have a number of features:

By using search and rescue drones, we can find survivors more quickly, allowing them to access the medical treatment they need as soon as possible. This is especially important in natural disasters, where each second counts. Lives are truly being saved by the latest technology.

Natural disasters often result in damage to roads or bridges making it difficult for rescuers or first responders to reach survivors on foot. Recovery robots are robots that are designed with this problem in mind. These robots are equipped with treads that allow them to navigate difficult terrain, allowing first responders to reach survivors quickly and efficiently even if roads or bridges have been damaged.

Recovery robots vary in design depending on the needs of the situation. Some models use treads like a miniature tank, which allows it to climb over obstacles like rocks or broken roads. Others are wheeled, which allows them to drive over more even terrain without getting stuck. Recovery robots provide first responders with the mobility they need to access survivors during a disaster–making lives safer after times of crisis!

Technology has played a major role in saving lives during disasters. From early warning systems that notify people of an impending natural disaster, to search and rescue drones that help locate survivors in the aftermath, technology has been a vital part of helping those affected by a disaster.