Creating marketing videos that stand out from the crowd can be difficult, especially when you’re trying to convey a lot of information in just a few minutes. Fortunately, there are some simple ways to make your videos more cinematic and visually appealing.

1. Use a Shallow Depth of Field

Using a shallow depth of field in your video will make the subject stand out from the background and draw viewers’ attention to it.

This technique is especially effective if you combine it with a plain background that makes the subject pop even more. Use an aperture setting between f/2 to f/4 on your camera to achieve this look.

Adding parallel vertical lines or horizontal lines moving from one side of the screen to another can add dimension and movement to your videos.

You can also try panning or zooming into your shot after you’ve panned over a stationary object so that it appears as though you’re moving towards something rather than just following a static object.

For example, you can start at the top right of the shot, pan to the left until you reach the center, then pan back up towards the top right corner.

3. Use Filters and Lighting Effects

Adding filters such as a matte, vignette, or black and white can help give your video a cinematic look.

You can also use lighting effects such as backlighting to create shadows over the subject’s face so that it appears more three-dimensional.

Adding music and sound effects into your videos can add drama and emotion, making them much more powerful than they would be without these elements.

Just by incorporating music, you’ll immediately make your video feel more like a movie, but adding sound effects such as footsteps, door slams, or even just the sound of an engine starting will boost the effect further still. 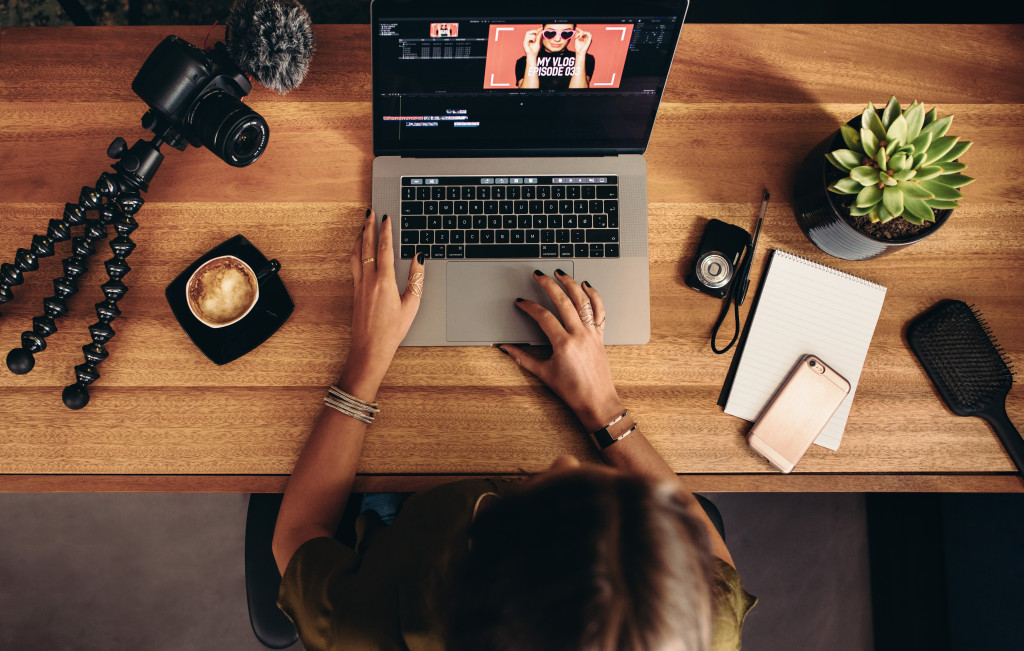 If you want to impress your audience with the highest level of cinematic quality possible, you might need professional help. Consider hiring someone to professionally edit your final cut pro effects so that they’re just right for your video.

Hiring a visual effects studio is well worth the investment because it will allow them to create custom visual effects tailored specifically for your video.

6. Add an Intro and Outro

If you want to give your final video that extra touch, try creating a short opening and closing sequence. You could use the same visual effects as in the rest of the video, or you could create something else entirely.

For example, you can use white text on a black background with music playing softly in the background. The choice is yours!

Make sure you use a tripod for every shot for the best possible cinematic look. This will prevent your camera from shaking and give everything a smooth film-like appearance.

If you don’t have a tripod, try propping your camera up on something like a stack of books or even an apple box (if you’re out in the field).

You can also include a photo gallery of behind-the-scenes shots, screenshots from the editing process, and even images that will be used in the final video.

This will allow your audience to see the process behind your work, and it’ll give them a better idea of what was involved.

As long as you make each image clear, your audience will appreciate this extra bit of content.

9. Use an iPad for Your B-Roll

If you want to create some interesting b-roll footage, try using your iPad. You can shoot quick clips of any object or person and then import them directly into the video editing tool.

This will allow you to add additional effects without filming new shots. If you don’t have an iPad, try using a phone instead.

Last but not least, remember that everything doesn’t always need to be serious — sometimes adding some drama is the perfect way to draw your audience in and enhance their experience!

Just by taking one of these tips and applying it to your video, you’ll make it more cinematic simply because this is what people expect from quality videos. With a little creative thinking, you can incorporate any of the tips listed above, regardless of which one you choose.

All of these tips can help you create marketing videos that look less like TV commercials and more like modern films. By following them, you’ll be able to communicate your message to your audience in the most powerful way possible. So what are you waiting for? Get out there and start producing some fantastic marketing videos!